Following a re-jig of dates earlier this year due to Covid19 with Chewton Glen, November’s luncheon is a week early this year on Friday 5th November.

Last month’s luncheon saw a return to the numbers we were used to before the pandemic, and am pleased to see a good number of members booking their place early for our November meeting which will be the “Association’s 32nd Anniversary Luncheon.” Please note, The Reception and Luncheon will be in the Lake Suite from Noon.

Please make sure you make your booking and payment by no later than noon Tuesday 2nd November, as Chewton Glen is experiencing difficulties in receiving produce at short notice.

Future date for the diary: 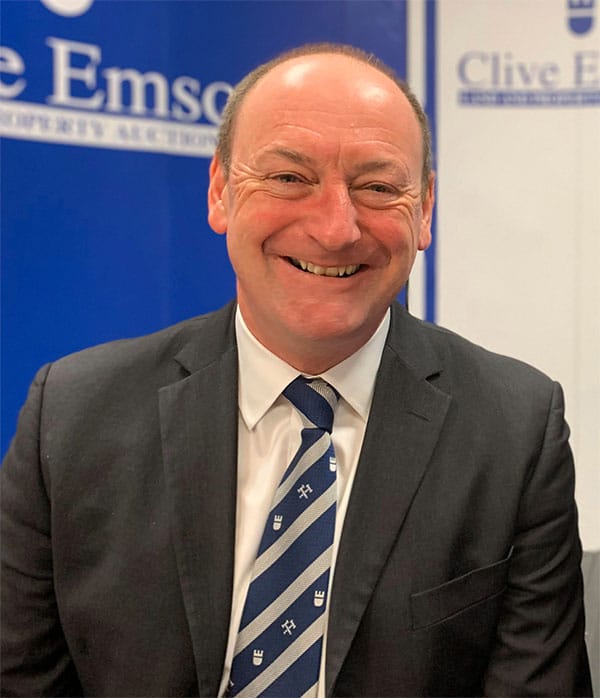 After leaving college, Rob spent six years with the food arm of a well-known retail Partnership, before a chance conversation with a friend, in 1987, led to an application to join a long-established regional estate agency chain as a trainee, on a make-or-break trial of six months.

It was here that Rob was first exposed to the world of land and property auctions and the attraction was instant. Having passed the trial, Rob was, in time, fortunate enough to have the opportunity to become the firm’s auctioneer.

In 2003 the opportunity arose for a change in employer and to open a new office for Clive Emson Auctioneers, covering Hampshire, Dorset, Wiltshire, and the Isle of Wight, initially from an office at Lee-on-the-Solent, before the firm relocated to Whiteley in 2010.

During his career, Rob has sold all manner of auction lots, from strips of grass verge through to multi-million-pound investments along with Solent sea forts, a former nuclear bunker and just about everything in between.

Until Covid intervened Rob was also a keen supporter of any charity event that required an auctioneer, helping to raise many thousands of pounds for all manner of charities and causes, big and small.