February Newsletter From Our Chairman 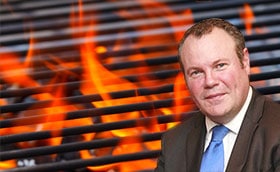 Before we talk about February’s lunch and our esteemed guest I would like to by extend my thanks to Stuart for stepping into the breach in January, to give us a most entertaining talk on his life and how he has progressed to where he is today.

Whilst we all know what we do for a living, very few of us know each other’s backgrounds and I am sure that there must be some other interesting life stories and business anecdotes that could be brought to our meetings on such occasions.

It was unfortunate that not only was our guest speaker ill, but also our eleventh hour substitute, so we are doubly in debt to Stuart. I hope that this winter’s bugs and ailments have now left us all for at least another year.

Speaker from the House

February’s meeting looks like it will be well attended and our speaker Conor Burns MP will be providing us with some memoirs of his times spent with Margaret Thatcher, along with his thoughts and opinions on the forthcoming election.

I am hoping that there will be time afterwards for him to answer some of the many questions that our members and guests will want to ask him. With this in mind I would be most grateful if everyone could keep their introductions as short as possible on the day.

We now have a Vice Chairman in place, poised to take over the chalice (and heavy chain) when my term comes to an end in September. Luzia Holloway is well known to you all and I offer her my congratulations on her new title. I am sure that Luzia will add her usual sparkle to our meetings, but whilst she will be welcome to the chain I am reserving the right to keep hold of the bell, just as a reminder if proceedings become too protracted. (!!) 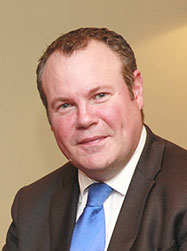 Conor was born in Belfast in 1972 and his family moved to Hertfordshire in 1980. After secondary school in St Albans Conor attended Southampton University where he studied Modern History and Politics. Since graduation he has had a variety of jobs working in the communications and finance sectors.

He was Company Secretary and Head of Business Development for successful information services company in London and most recently he has been working for a large private company on the south coast as well as a communications company in London.

A collector of biographical books, keen swimmer, regularly goes to the gym in Poole and also enjoys walking in the countryside.

He was elected to Southampton City Council in 1999 taking what had previously been a safe inner city Labour seat. Having joined a Group of 3 Conor lead the Conservatives to increase their numbers to 12 but narrowly failed to win re-election himself in 2002.

During his time in Eastleigh, Conor led campaigns against oil drilling near a primary school, against a major development area on flood plain land, to save allotments and for less infill development.

In May 2010 he was elected to serve as Member of Parliament for Bournemouth West.

The thing Conor most enjoys about politics is the opportunity it gives him to take up people’s problems and try to make a difference in their lives.

You discover more about Conor Burns at www.conorburns.com