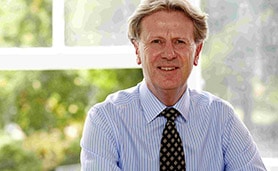 April appears to have flown past this year, with the Easter Holidays seeming almost a distant memory. We have certainly enjoyed some good weather and I hope that those of you who managed to take time off, enjoyed your break.

Our monthly meeting was rather light on numbers, but that didn’t detract from those who attended having yet again wonderful food, wine and company. Our speaker Stewart Dunn, CEO of the Hampshire Chamber of Commerce, gave us an informative talk about how the Chamber works and its current activities. It was interesting to hear his views on the future, in regard to industry and our stance within the EU. I know that we have club members who are also with the Chamber and I would encourage them to inform the Chamber of the benefits and opportunities that membership of EAS affords.

Prior to this month’s meeting we will have had a general election and a new government will be in place. I am sure that most of our members and guests will have had more than enough politics thrown at them over the past few weeks and like me will be left with nothing more than the wonder of how many of the pre-election promises will be kept.

To lighten the mood this month’s speaker, Chris Walker, will take us through the themes of the ‘Great American Songbook’, with his wide knowledge of its musicians, composers and singers. A well-known Jazz musician himself, Chris fronts and manages ‘The Chris Walker Swingtet’ and acts as adviser to Portsmouth City Council for their annual Southsea Sea Front Jazz Day. He also hosts a Jazz programme for the Reading Real Ale & Jazz Festival, the Lyme Regis Jazz Festival and set up the original concept for The Chichester Real Ale & Jazz Festival. As well as organising and co-ordinating Jazz Themes for many well-known cruise ships, his weekly Jazz programme can be heard on several local radio stations.

This is a great opportunity to invite your guests to a more relaxed meeting where there will be a good mix of networking time and entertainment. I do hope that it will be well attended and as always look forward to welcoming you, your guests and any prospective new members. 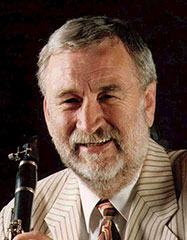 Chris was born in 1939 and took up playing clarinet at the age of 15, having been a member of the school recorder band since he was 11. After leaving school he played regularly around the London jazz scene, as a member of The Freddy Shaw Jazzmen, before becoming a professional musician with The London City Stompers and, later, with the Mike Daniels Big Band and Colin Kingwell’s Jazz Bandits. Chris moved to Hampshire in 1969 and, since then, he has worked with most of the local jazz personalities, was a member of The Real Ale & Thunder Band for 18 years, and has run his own highly successful 5-piece ‘Swingtet’ for the last 23 years. Whilst with the Real Ale & Thunder Band, Chris was, in 1987, the musical director for an historic BBC "Songs of Praise" from The Maltings in Farnham and, between 1980 and 2007; he has produced a series of music and information based jazz programmes for BBC Local radio all across the South.