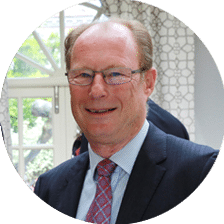 Our next Executive Luncheon is on Friday the 15th September which is our Chairman’s Official Handover luncheon.

Ian Hunter will take on the Chair for a year and has organized many interesting Guest Speakers.

The Speaker for this month is Jack Romero, as you can read below it is a rags to riches story.

From a Beirut Refugee who raised $9m to launch his airline: British Mediterranean Airways, which led BMED to becoming the most successful franchise partner of British Airways.

We look forward to seeing you and your guests on the 15th September.

Jack, an entrepreneur, global CEO Coach and leadership keynote speaker, started a scheduled passenger airline based at London-Heathrow Airport flying to the Middle East, North Africa and East Europe back in October 1994 – whilst receiving social benefits and never worked for airlines before.

He raised £5.5 million ($9 m) to launch his airline; British Mediterranean Airways (BMED) masterminded the strategy which led BMED to becoming the most successful franchise partner of British Airways, which lasted for 10 years, in the meantime BMED grew from being a one airbus aircraft and 65 employees operator to a 9 aircraft (plus 5 on order) and over a 1,000 employees.

BMED won the prestigious Queen’s Award for Enterprise 2004 and the airline was sold to bmi (owned by Lufthansa) 2007 for £30 million and in 2011 British Airways bought bmi/BMED for over £172 million – BMED was valued at over £65 million. Jack went on to launch other airlines and businesses around the world, became a business mentor and corporate trouble-shooter.

Jack, changing career 2011 from transportation to university lecturing, mentoring, social and charitable endeavours, his second passion, he feels it is time to give back what he took from life experiences and pass on his hard earned knowledge and skills to the new generation of young, socially deprived entrepreneurs and hopefully they in turn could have a positive impact on human development, their families, country and the environment.

He serves as the first Ambassador to BCHA in Bournemouth (http://www.bcha.org.uk/support- us/ambassador/)and holds a Master’s Degree (MSc.) in Management from Cranfield University, speaks three languages (inc. Arabic) and a finalist winner of the BBC TV national competition on Achievements (2011).