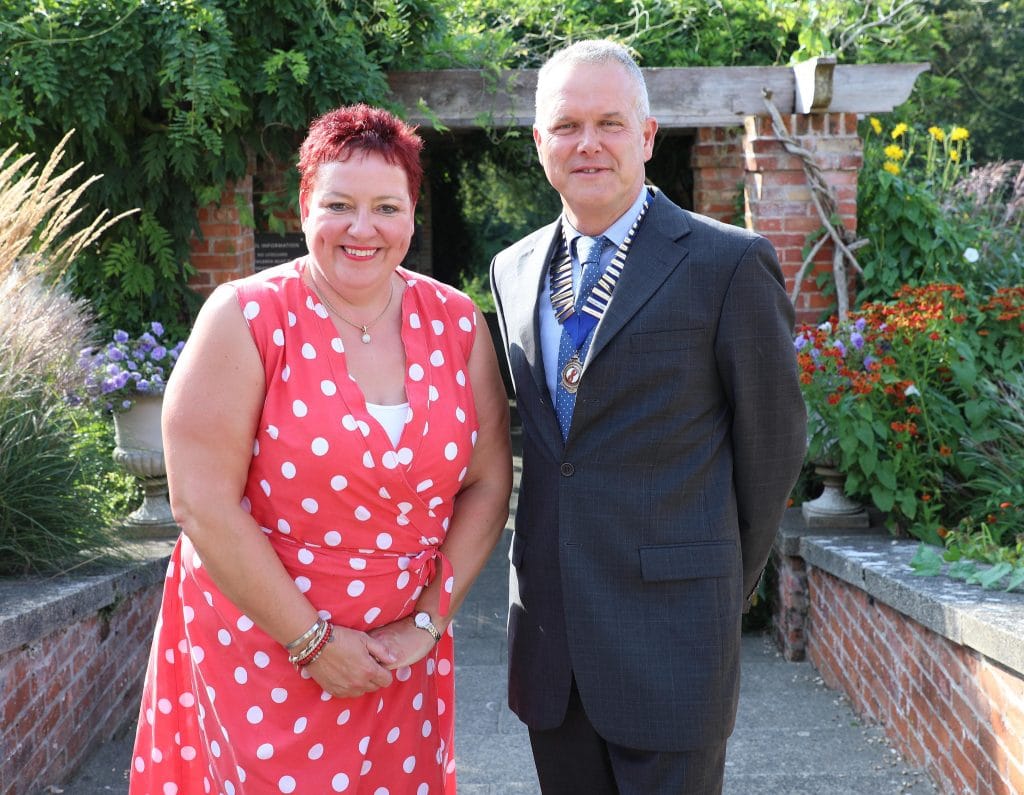 HANDOVER: Ron Wain, the MD of Deep South Media, is the new chairman of the Executive Association Solent, a business club for firms across Hampshire, Dorset and Wiltshire and established in 1989. The association, with 25 members, meets monthly at the Chewton Glen Hotel in the New Forest. Angie Beeston, MD of executive coaching consultancy Evolution4Business, left, was the previous chair

Having a full order book is all well and good – but cash in the bank is what matters most.

That was the key message to a business club for directors of small to medium-sized enterprises (SMEs) in the South as companies emerge from unprecedented trading challenges caused by the pandemic.

The advice came at the latest meeting of the Executive Association Solent, a membership organisation with 25 firms across Hampshire, Dorset and Wiltshire employing hundreds of people between them.

They meet monthly at the Chewton Glen Hotel in the New Forest for lunch and networking, with guest speakers sharing insights into best practice and business trends.

Members also take a turn each to highlight opportunities and difficulties in their sectors.

September’s event heard how the UK economy has recovered ground since last year, when GDP shrank by a record 9.9% due to the national health emergency.

But supply chain bottlenecks, staff shortages and a record monthly jump in inflation are acting as a drag on the growth of some companies.

According to the Office for National Statistics, vacancies reached a record high in the summer, at nearly one million, whilst inflation jumped from 2% to 3.2%, its highest level since 2012.

Ron Wain is the association’s new chairman for 2021-22, and the managing director of Deep South Media, the media partner for a diverse range of companies and organisations.

He said afterwards: “One of the members from the insolvency industry hammered home the message that businesses, now more than ever, need cash in the bank to build up depleted reserves and weather any further economic shocks; cash is king.

“Having a full order book may be of some comfort to SMEs, due to customer demand as the economy fires back up, but what really matters is that invoices for work already done are paid on time, giving financial peace of mind.”

Ron, a former business editor at the Southern Daily Echo in Southampton and journalist at the Nottingham Post and Bournemouth Daily Echo, was handed the chairman’s reins by Angela Beeston of executive coaching consultancy Evolution4Business.

In his 15th year with Deep South Media, Ron added: “The Executive Association Solent is very much a meritocracy, with an incredibly supportive membership full of entrepreneurs who are generating jobs and share a can-do attitude.

“SMEs, including the association’s members, are the backbone of the British economy – 99.9% of the 5.7 million businesses in the UK employ between one and 249 employees.”

Due to the pandemic, Angela was the first chairperson in 31 years to hold the title over two years, with meetings switching to video conferencing and regular communications through WhatsApp during lockdowns.

September’s guest speaker was drawn from the military, with a recruitment remit; she spoke about how businesses should make their social media channels relevant for Gen Z (born between 1997 and 2012) and technology immersed Gen Alpha (born 2010 to 2024).

“Previous generations would go over a training wall when ordered – but the new generations ask why they can’t go around it, under it or through it?

“Older workplace generations have a lot to learn from Gen Z and Gen Alpha, and learn they must to thrive in the ever-evolving digital marketplace.”

Perspiration, Inspiration is the speakers’ theme for the association’s 2021/22 year.

The next Executive Association Solent event is on Friday, 15th October.