30 Years Of Doing The Business For Business 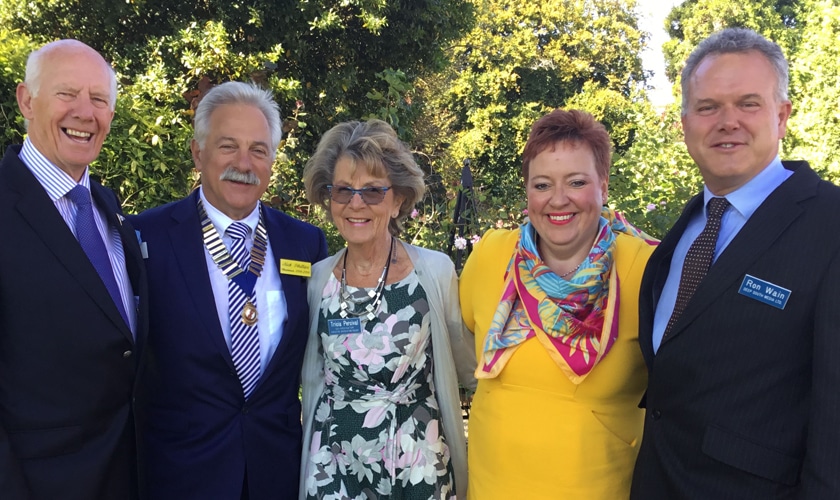 A thriving business organisation in the South celebrates its 30th anniversary this November.

Founded in 1989, the Executive Association Solent meets once a month for an exclusive business luncheon at the world-renowned Chewton Glen Hotel in the New Forest.

The membership club’s new committee for 2019-20 has also been unveiled.

They formally took on the new roles at September’s handover luncheon.

What Is The Executive Association?

There are guest speakers each month, drawn from the world of business and politics, including business leaders, opinion formers and public figures.

Angie said: “We are increasingly seeing youngsters join, with members and guest speakers regularly sharing ‘war’ stories in business so that we can all learn how to do business better and avoid common pitfalls.

“For example, one speaker spoke of the importance of registering trademarks, which are often overlooked by even well-established companies. Following that talk, one member was prompted into action, successfully trademarking two names to prevent copycats.

“This is the 30th anniversary for the Executive Association Solent, which traces its roots back to the Executives’ Association being founded in San Francisco in 1915, hence why this is a very special year for us.

“We have thriving Associations in London, the Thames Valley and Bath, as well as our Solent region, which broadly encompasses Hampshire, Dorset and Wiltshire.”

She added: “It is very much a meritocracy. The aim of our networking club is to openly encourage members to take advantage of our prestigious venue, to bring along guests, talk business and seek new business introductions based on mutual trust and respect, thus making the monthly meetings integral to the continuing success and development of our members’ businesses.”

So Long In The Solent

Founded by honorary secretary and treasurer Stuart Percival, the first meeting of the EAS was held at the Chewton Glen Hotel in November 1989 – and has been held there ever since.

Historic events that month and year included the fall of the Berlin Wall, following the Cold War thaw between West and East.